Anasayfa » Entertainment » Games » FAILURE TO LAUNCH: HOW WE STRUGGLED TO BUY THE PS5 AND XBOX SERIES X

FAILURE TO LAUNCH: HOW WE STRUGGLED TO BUY THE PS5 AND XBOX SERIES X It’s been hard to secure the new consoles

heThe Xbox Series X, Xbox Series S, and PlayStation 5 are finally here, and for many of us at The Verge, this has been one of the most highly anticipated weeks of the entire year. But actually getting a console, even ones that were preordered, hasn’t been easy.

Like every major hardware launch, demand already is through the roof, meaning that consoles are selling out instantly. The pandemic has almost certainly thrown many wrenches into the already-complicated logistical challenge of shipping millions of game consoles around the world. And there has also been a frustrating lack of communication from retailers about when and where to expect consoles, leaving customers to desperately search the web for any clue about how they can get their hands on the new machines — and often still come up empty.

A few of us at The Verge have been on the hunt this week, and we wanted to share our experiences. Here’s hoping that everyone who wants one of Microsoft’s or Sony’s new consoles is able to get one soon.

Nick Statt: I was one of the lucky few to secure a PlayStation 5 preorder right when the floodgates opened in September. I was also eyeing an Xbox Series S, too, but felt I would wait on that, thinking perhaps it would be easier to secure the less powerful, cheaper Xbox closer to launch day.

I was wrong. Both Xbox consoles, like both variants of the PS5, are pretty much sold out everywhere. I’ve been watching with a mix of horror and relief at the lengths some of my friends, co-workers, and random internet buyers have gone to try to snag a preorder or post-launch unit.

IT’S BEEN AN UTTER FREE-FOR-ALL

It’s been a mess, and I would have really liked to see both companies set better expectations around how many units were available and what retailers were doing to ensure fair and reasonable preordering processes that weren’t plagued by scalpers and bots. We saw none of that — it’s been an utter free-for-all, and neither company seems willing to at the very least offer an explanation or simply point to the COVID-19 pandemic as an obvious hurdle, something I think would have gone a long way in helping ease tensions around securing these products on day one.

Of course, I was also eyeing my PS5 Walmart preorder with increasing concern, as it hadn’t shipped earlier this week even as the PS5’s launch was approaching in a matter of days. I was then informed of a possible delay, sinking my hopes of getting the console on launch weekend.

But to my surprise, Walmart shipped my unit from Kentucky late Wednesday, and it arrived in New York on Thursday evening. It has since arrived via FedEx at my doorstep, and it’s now being fed hundreds of gigabytes of updates and game downloads as I prepare to actually play the thing at some point on Friday.

As for that Xbox Series S I’ve been eyeing, I guess I’ll wait until next year when Halo: Infinite launches. I simply can’t be bothered to jump through the necessary hoops to get one before then.

Taylor Lyles: I got an Xbox Series X and PS5 at launch, but how I got my PS5 was quite hilarious. Every Thursday, I have a team meeting at 12:30PM ET, but my instincts were telling me that the package was going to come during that meeting. I had my Ring doorbell camera feed running on my phone as the meeting started because I was afraid that someone would come to my porch and steal my unattended package. Mama Tay was not gonna let a porch pirate steal her newborn baby.

As soon as I reported what projects I was working on, I immediately saw the UPS man outside my house, and I sent a message on Zoom that said, “My PS5 is here. I’ll brb.” I hauled ass down the steps with a mask on, freaking out the UPS man as he was not expecting anyone to be waiting outside on the porch on a cold rainy day.

I ran back upstairs, unboxed the PS5, and decided to place my new console on my lap to let everyone know that I have the PS5 in my possession. A couple colleagues screenshotted my enthusiasm, and I had to post a tweet because this was the most Taylor way to get my PS5, to be quite honest.

Cameron Faulkner: (My boss is looking at me.) My main focus for the arrival of next-gen consoles has been to give readers as many ways to get one. That’s difficult to do during a pandemic, for many reasons: money’s tight, everyone is home and online at the same time, and the companies responsible for making the consoles and distributing these consoles to retailers are going through the pandemic just like everyone else.

(Okay, I think my boss stopped looking at me.) As the PS5 released and a few of my colleagues shared stories of getting their own, the anticipation of getting one for myself set in. I totally don’t need it, as I have a good PC that cost me more than enough to build. And it’s not like the PS5 is bursting at the seams with exclusive games — yet, at least.

Still, I’ve been reduced to setting restock reminders for myself. Don’t worry, we’re still doing our best to make sure you come first, but I’m hoping there’s a PS5 left soon for ol’ Cammy to buy.

Jay Peters: At the beginning of this week, I thought I was all set up to have two next-gen consoles by the weekend. I had preordered an Xbox Series S from Newegg and a PS5 Digital Edition from Target weeks ago. But here we are on Friday, and I won’t have either, both due to my own impulses and for reasons outside of my control.

I don’t have that Xbox Series S because I got my head turned by great reviews for the Xbox Series X and tried to hunt down a preorder for one of those. On Monday night, I stayed up late to try to reserve one for in-store pickup at Target. But by sheer luck, I happened to see that Microsoft’s online store opened up orders for the Xbox Series X. After minutes of frantic refreshes, I broke through and was able to actually check out a console — though with an expected shipping date of late December. Despite that potential wait, I clicked the buy button, secured my order, breathed a sigh of relief, and canceled my Series S preorder. There’s no way I would actually have to wait until December, right?

Well, the order status for my Xbox Series X remains “pending,” with no indication of when it might actually ship. And Target’s in-store reservation system was a bust — the website said I had reserved one, but I never got a confirmation email. I called my nearby Target the next day to ask if they had the order, and the person I talked to said that there had been an issue with the online reservations and to try again the next day. (Fortunately, my credit card wasn’t charged.)

I don’t have my PS5, either, even though I preordered it in September. I didn’t get any concrete tracking information about it until yesterday — which is the day the PS5 officially launched. Thankfully, it is supposed to arrive on Sunday. But the lack of transparency from retailers and their overloaded checkout processes have made for a much more frustrating week than I expected.

Chaim Gartenberg: I had gone into this whole console season planning to skip both next-gen consoles during the initial rush, since there’s not much in the way of exclusive games and I wasn’t willing to stay up until 3AM to try my hand refreshing Best Buy in hopes of snagging a day-one console.

However, I am also a huge technology nerd (see: this entire job), and I’ve extremely predictably gotten caught up in the excitement and hype, so I spent all of launch day trying (and failing) to buy a PS5. I’ve never actually owned a PS4, so I’m justifying it as a way to catch up on a bunch of older games that I’ve never actually played (looking at you, Persona 5).

Unfortunately, buying a PS5 is, uh, virtually impossible these days, which means I’ve resigned myself to going back to my original plan: wait until there’s more stock (and more games) to play before picking one up. After I go and check the Sony website one more time, that is, just in case that last batch of consoles is available.

It’s fine. Really. I’m not jealous of the shiny new gadgets at all.

Megan Farokhmanesh: All week I’ve watched my brilliant, kind, hardworking colleagues bitterly fight with digital carts for $500 disco bricks that barely fit into their TV stands. Like the rising of the tide, hope swelled eternal with each new drop window. And every time, my colleagues were thwarted by invisible forces — buyers with trigger fingers, a faulty internet connection, Jeff Bezos. Their failures, I’m not at all ashamed to say, have become my entertainment.

Look, I also want one or both of the big fancy boxes, but I’m just not willing to throw that much money at something with barely any exclusive games yet. I know it would only be to taste fleeting happiness in the face of nonstop dread and insecurity about what the future might hold. And I think my colleagues know that, too, because I’ve asked them.

LIKE THE RISING OF THE TIDE, HOPE SWELLED ETERNAL WITH EACH NEW DROP WINDOW Anyway, I’m saving all my dead-eyed anxiety buys for the real champion’s choice, Black Friday. Can’t wait to pick up my new console without any trouble in about three months.

Adi Robertson: I’m surprised everybody’s having so much trouble. I figured I’d get a PlayStation to check out Demon’s Souls, so I ordered one off Amazon this week and it’s scheduled for delivery tomorrow. Pretty cheap, too! Photo by Vjeran Pavic / The Verge 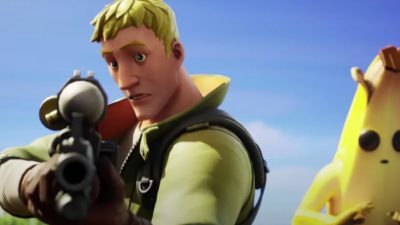