The Sun goes through regular cycles of approximately 11-years, during which time activity on the Sun, such as solar eruptions and sunspots, wax and wane – as seen in these images.

NASA and the National Oceanic and Atmospheric Administration (NOAA) will discuss predictions for the upcoming solar cycle during a media teleconference at 1 p.m. EDT Tuesday, Sept. 15. Tracking the solar cycle is a key part of better understanding the Sun and mitigating its impacts on human technology and infrastructure.

During the teleconference, experts on the Solar Cycle 25 Prediction Panel will discuss recent updates in solar cycle progress, and the forecast for the upcoming cycle, Solar Cycle 25.

The Sun goes through regular cycles of activity lasting approximately 11 years. During the most active part of the cycle, known as solar maximum, the Sun can unleash immense explosions of light, energy, and solar radiation – all of which create conditions known as space weather. Space weather can affect satellites and astronauts in space, as well as communications systems – such as radio and GPS – and power grids on Earth. When the Sun is most active, space weather events become more frequent.

The teleconference audio will stream live at:

Participants in the call will be:

To participate in the media teleconference, media must provide their name and affiliation to Lina Tran at lina.tran@nasa.gov by noon Tuesday, Sept. 15.

The media event will be followed at 3 p.m. by a special episode of NASA Science Live about the announcement and the science of the solar cycle. The program will air on NASA Television, the agency’s website, Facebook Live, YouTube, and Periscope. The public can send questions during the event using #AskNASA on Twitter or by leaving a comment in the chat section on Facebook.

NASA also will host a Reddit AMA (Ask Me Anything) at 4 p.m. Tuesday, Sept. 15, featuring several experts discussing the announcement and science of the solar cycle. Questions can be submitted to the event when it begins.

NASA and NOAA, along with the Federal Emergency Management Agency and other federal agencies, are working together on the National Space Weather Strategy and Action Plan to enhance space weather preparedness and protect the nation from space weather hazards. Improving our understanding of solar variability, and thereby space weather prediction techniques and models, will also protect spacecraft and astronauts in the Artemis program and are core aspects of this collaboration.

For more information on NASA programs and activities, visit: 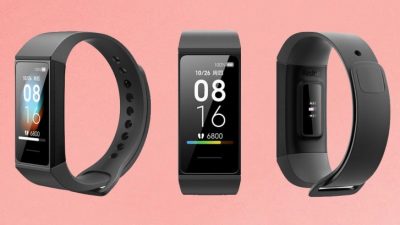 These 25 Technology Trends Will Define The Next Decade
ZİYARETÇİ YORUMLARI