Facebook today pledged to slash greenhouse gases and purchase enough renewable energy and offsets to cancel out carbon dioxide emissions from its global operations this year. Facebook is, however, still pumping out greenhouse gases.

The company’s new pledge to reach “net zero” carbon emissions puts it on track to offset its global power consumption and planet-heating pollution by investing in renewable energy projects and initiatives that capture and store carbon dioxide. The social media giant is also setting a more ambitious target of reaching net zero emissions for its supply chain, employee commuting, and business travel by 2030.

That puts Facebook in the middle of the pack when it comes to climate commitments from Big Tech. Netflix similarly invests in renewable energy to offset its electricity use but hasn’t set hard goals to zero out emissions in the future. Apple plans to bring down its emissions to net zero by 2030, and Amazon by 2040. In comparison, Google has been canceling out its carbon emissions with offsets since 2007 and announced yesterday that it plans to become the first major company to power its operations with carbon-free energy by 2030 rather than rely on purchasing carbon credits and offsets.

Facebook’s CO2 output has decreased every year since 2017 — and the company isn’t likely to pump out as much greenhouse gas pollution as companies that make gadgets or hardware. Facebook’s data centers and offices generated roughly 251,000 metric tons of greenhouse gases last year compared to 616,000 in 2017, according to its sustainability report. It also has a smaller carbon footprint than Google, which released 4.4 million metric tons of greenhouse gases in 2018 from its operations.

The company also launched a “Climate Science Information Center” that’s available to users in the US, Germany, the UK, and France starting today. It plans to bring the information center to more countries in the future. The information center looks a lot like the one Facebook launched in March that appeared at the top of users’ News Feed. It’ll include information from reputable sources like the United Nations panel of climate scientists and the National Oceanic and Atmospheric Administration (NOAA).

Climate scientists, lawmakers, and environmentalists have criticized Facebook over the past year for failing to stop the spread of climate misinformation on its platform. In August 2019, Facebook removed a “false” rating from an op-ed published by the Washington Examiner; an independent fact checker for Facebook had initially flagged the op-ed as “highly misleading” because it included inaccurate information and cherry-picked data on climate change. That led to a report by E&E News that said Facebook had essentially created a new loophole for climate misinformation to escape scrutiny if Facebook considers the content to be opinion. Facebook defended its decision in its response to a letter from Sen. Elizabeth Warren (D-MA) and other Democratic senators that was shared exclusively with The Verge last month. “It has long been our guidance to independent fact-checkers that clear opinion content is not subject to fact-checking on Facebook.”

Facebook said today that only opinion and speech from politicians are exempt from fact-checking. “Our fact-checkers can and do rate climate science content — there has never been a prohibition against doing so … Simply labeling a piece of content as an op-ed or editorial does not make it ineligible for fact-checking,” a spokesperson for Facebook wrote in an email to The Verge.

ON TOP OF BATTLING BLAZES, OFFICIALS HAVE ALSO HAD TO FIGHT MISINFORMATION

Facebook’s new climate commitments come as fires across the US West Coast break records and choke Silicon Valley with smoke. Joe Biden and the governors of California, Washington, and Oregon have pointed out that climate change has made wildfires more destructive — blazes are way bigger than they have been in the past and fire seasons are growing longer.

Source: By Justine Calma / The Verge 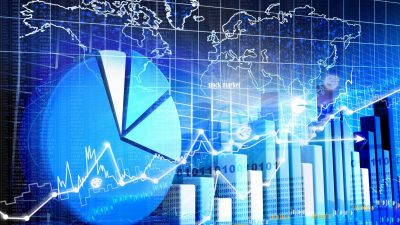