Spacebit, the U.K. startup founded in 2014, plans to send a wheeled rover to the moon in 2021 on an Intuitive Machines flight destined for Schröter’s Valley in the Ocean of Storms. Credit: Spacebit

SAN FRANCISCO – Spacebit is inviting university researchers to share data the London-based company plans to obtain from two miniature rovers scheduled to travel to the moon with Astrobotic Technology and Intuitive Machines in 2021.

Spacebit’s sensor-laden rovers are designed to transmit data through the Astrobotic and Intuitive Machine landers to the company’s mission control center in the United Kingdom.

“Our chief scientist will get the first access to the data,” Spacebit Founder Pavlo Tanasyuk told SpaceNews. “Then, we plan to release a certain degree of granularity of that data to the world scientific community. We want to encourage studies based on what we find there.”

Spacebit announced plans in October to send a wheeled rover to the moon in the 2021 onboard Intuitive Machines’ Nova-C lander. Spacebit announced a contract in 2019 to send Asagumo, a 1.3-kilogram rover that travels on four legs, to the moon on Astrobotic’s Peregrine lunar lander flight in 2021.

“Having a second mission definitely increases our chances for success,” Tanasyuk said. “We truly believe in the ability of Astrobotic to land on the moon. But obviously, there is always a chance of something happening, which is why having two missions gives us a greater opportunity to fulfill our promise to become the first U.K. mission on the moon.”

Spacebit also is eager to explore various lunar surfaces and to compare the results.

“This chance to explore a different spot with different geology and different environmental conditions is very important for us,” Tanasyuk said.

Through sensors as well as still images and video, Spacebit plans to obtain detailed information on lunar regolith. While Apollo astronauts brought lunar regolith to Earth for analysis, a small rover moving across the lunar surface may obtain additional insight.

“We will be able to measure the lunar dust in its natural environment and see the electrostatic charge,” Tanasyuk said.

The COVID-19 pandemic has prompted Spacebit to expand its international team and to revise its business strategy to minimize the risk of disruption.

“We now have a U.S. and a U.K. centers of development and we are looking for a third one, just in case,” Tanasyuk said. “The biggest challenge at the moment is that people can’t come work together. They have to work in a distanced mode.”

Spacebit currently has about 25 employees and contractors. The company is continuing to expand its staff as it develops instruments for its lunar missions and the wheeled rover it plans to fly on the Intuitive Machines lander.

Spacebit opted for wheels on its second lander because the company is eager to see how a different technology responds to the lunar surface, Tanasyuk said. In addition, a wheeled rover is likely to require just two motors while Spacebit’s Asagumo rover will require between six and 12 rovers to walk on four legs, he added. 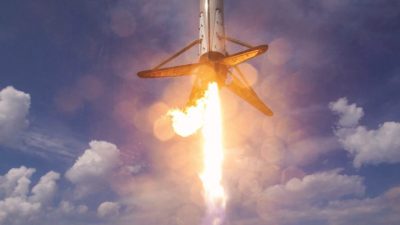